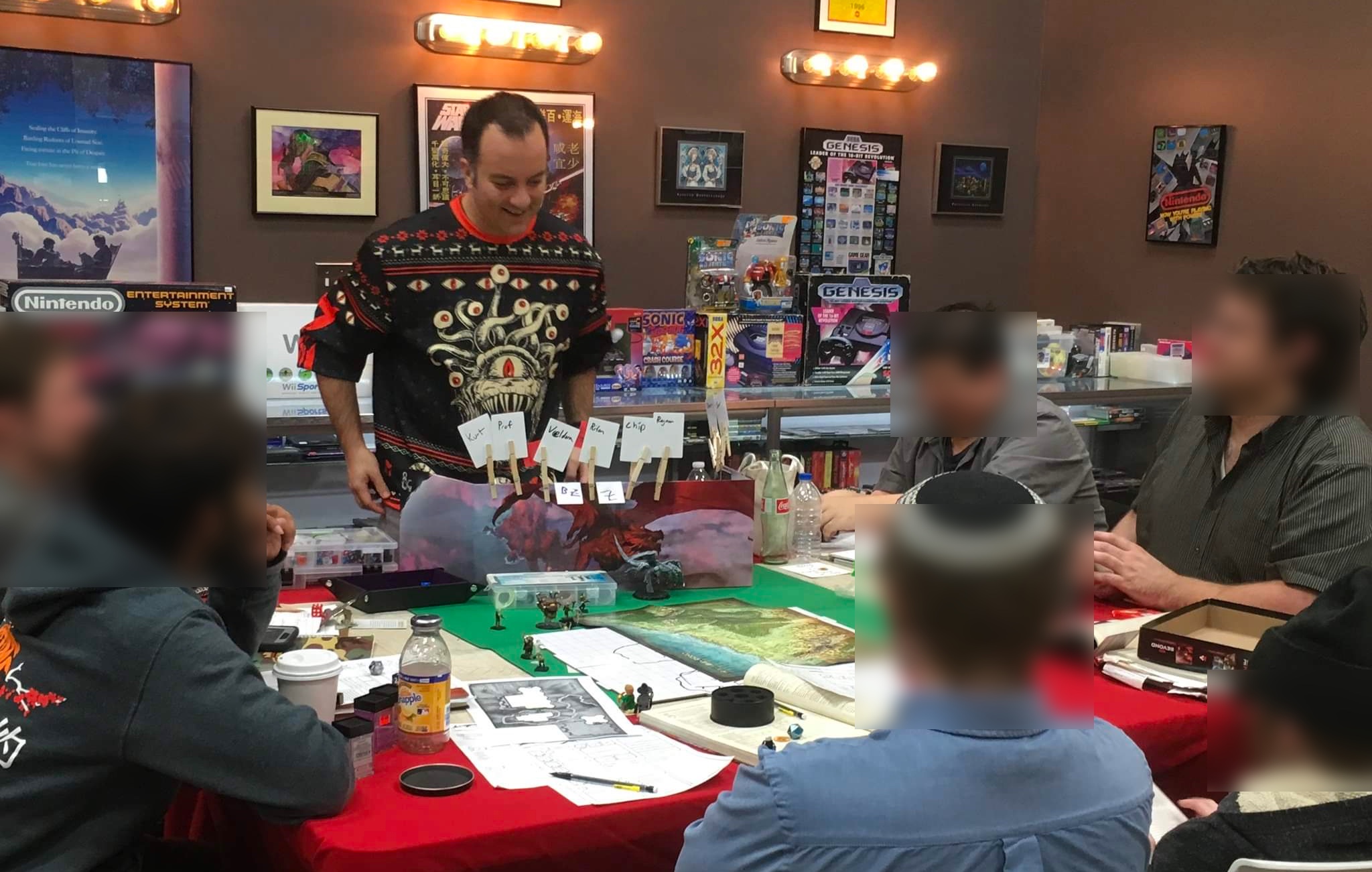 I’m going to make some changes to the way I play my favorite game, Dungeons & Dragons. First, some context:

In the past week, internet discussion has resurfaced criticism of the representation of race and ethnicity in D&D 5th Edition. Wizards of the Coast, the publisher of D&D, responded with this article. This weekend was an event called “D&D Live” which is run every year to promote the new 5e D&D book which comes out in the fall. After a 30 minute spot pushing for donations to a sponsored charity, Wizards put on a two-hour discussion hosted by African American members of the D&D celebrity/streaming community. The spot was called “#BlackAF” and sought to spotlight the perspective of people of color in the D&D community. It is emotionally raw and at times difficult to watch, but I learned new things about what it is like for people who don’t look like me to play this game and be in the D&D community: https://www.youtube.com/watch?v=Q8EGUeCEtDQ

As you may remember from our “game zero” when starting Tomb of Annihilation in 2018, I made some changes from the published book to remove or adjust some story beats I wasn’t fond of. This was a good start, but I’d like to do more for future games of D&D. Kotaku did a good writeup, including interviews with POC nerd culture bloggers who first raised issues with the book. The article is spoiler safe for those like us who are past Chapter 4 of the book. https://kotaku.com/dungeons-dragons-stumbles-with-its-revision-of-the-ga-1819657235

Sitting here in 2020, I have to admit I’m not doing much to change the world around me. I am what I consider politically moderate. I vote, I donate money, and I try to treat those around me with respect. That’s about it. D&D, as silly as it sounds, is a big part of my life. I spend a lot of time and energy on it, and I am a member of multiple D&D related communities both in-person and online. Some of my D&D games have people of color and women in them. Some do not.

Wizards is going to slowly alter depictions of race and ethnicity in books they reprint. Future books will make more conscious choices on how they approach representation, but at the end of the day, the choices we make as game masters and players about the stories we tell are what determine whether D&D becomes a more inclusive hobby. That being said here is a summary of what I intend to change about how I play a game that I’ve been playing since I was 10 years old.

I need a litmus test

I’m going to apply a quick litmus test to the depictions, scenarios, and stories I tell. “Would a person from a marginalized group feel inclusion and belonging if they were sitting at the table with us now hearing this?” It’s a gut check.

As storytellers, it is impossible to separate our own emotions from the stories we tell. Even in a fantasy with fictitious characters, we imbue our stories meaning from our own lives and experiences. I’m making an effort to avoid a specific list of story tropes and depictions. Some of them have been absent from my D&D for decades, others have made an appearance as recently as last month:

What is still on the table?

While I am making a conscious effort to make my game more inclusive, I’m not trying to make my D&D world a utopia. Oppression, classism, xenophobia, and opposing factions with strong biases against their enemies are still fair game. So are factions, cults, and magical beings that are objectively evil. For example, angels and devils are embodiments of the cosmic forces of good and evil. Also, while I avoid stories of alcoholism, dwarves are still allowed to like good ale.

Thank you, so what changes?

Given that we are wrapping up a chapter of our current game, I’m going to take the above into account when making decisions about future characters, stories, and campaigns. I may introduce house rules ahead of hinted changes to D&D’s mechanics for racial ability modifiers. If I prevent even one incident of a person feeling unwelcome or uncomfortable in the hobby from this change, it will have been worth it. I trust y’all to know I’m being critical of myself here and not of any of you. If anyone has any suggestions to add, I’d really welcome the conversation.