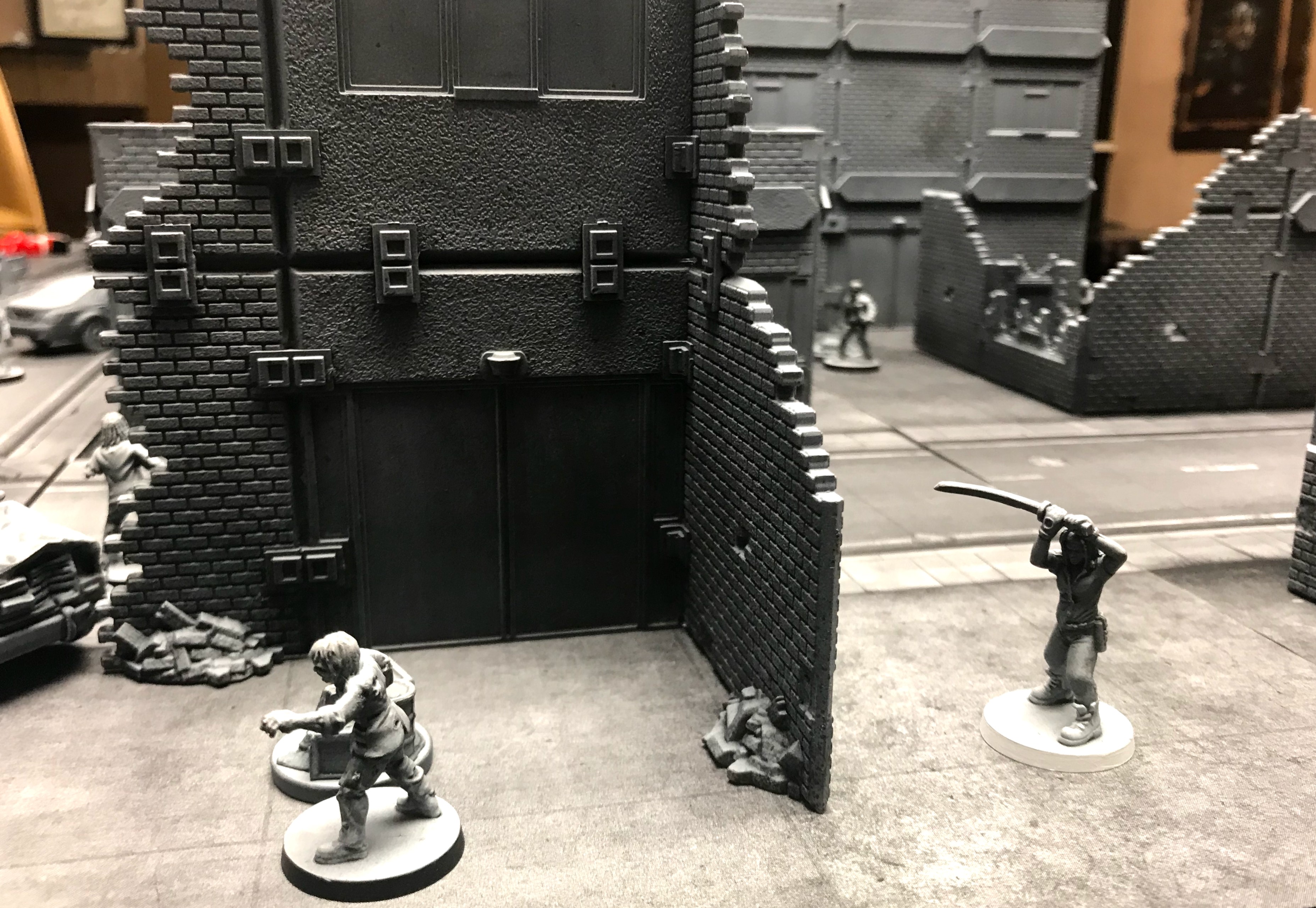 2019 was definitely a year that I played more table top role playing games than board games. Logging plays at boardgamegeek.com shows an obvious trend. My Dreadball league and couples Betrayal Legacy game made up the majority of my gaming time. 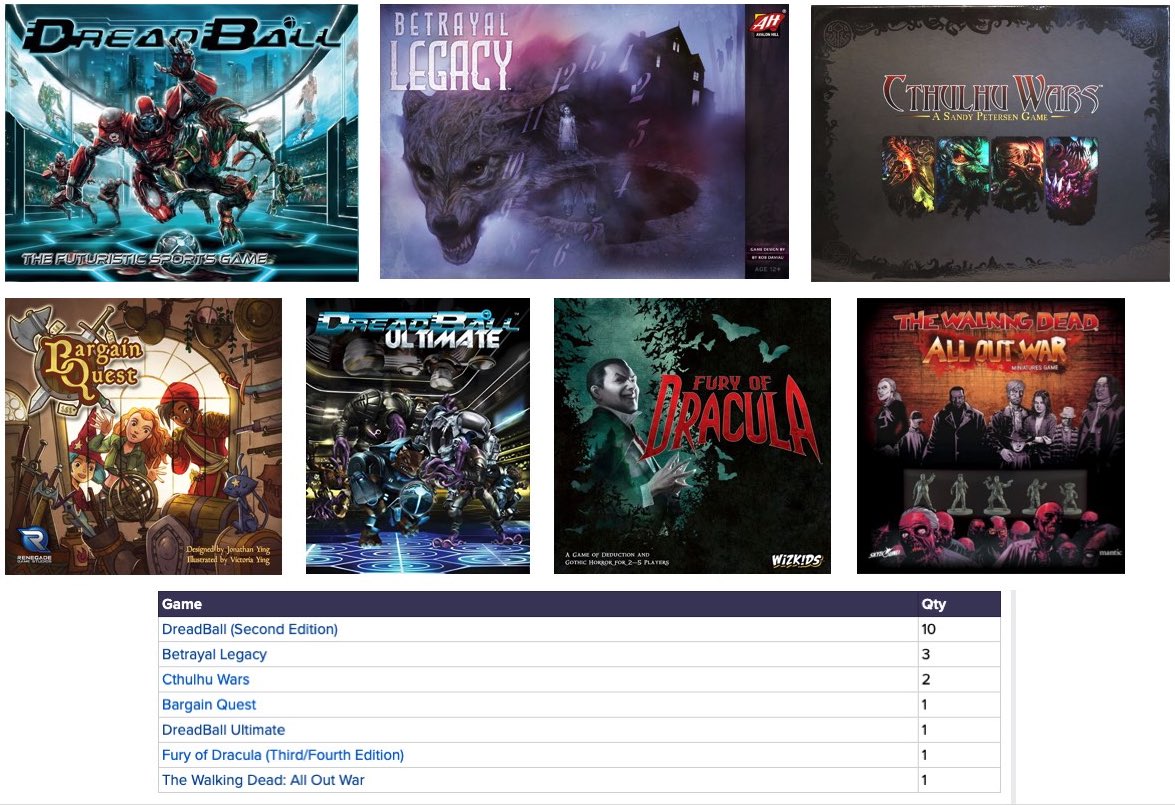 I failed to make playoffs in Dread Ball by 10 points, a squeeky finish with a worthy opponent who prevailed in his last part of the round robin while I was making some bafflingly poor decisions with my bug team. Leauge play remains my favorite format for this competitive game. 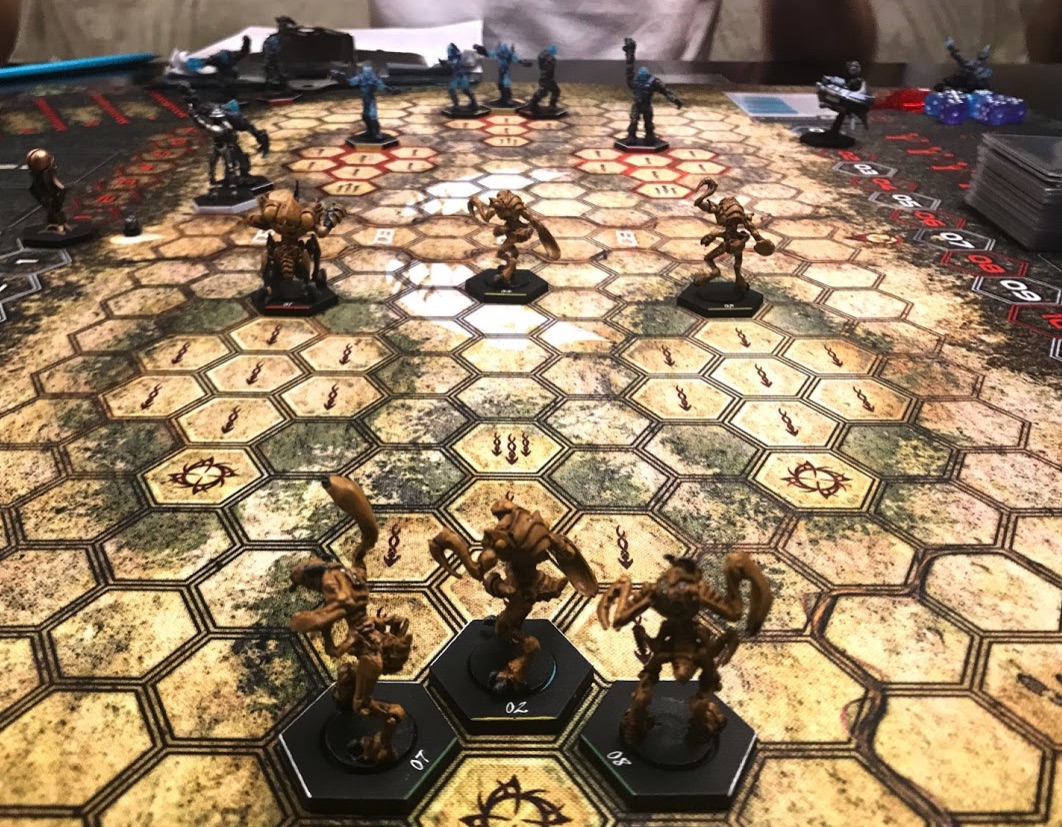 My bugs, how I have failed thee.

Betrayal Legacy serves as a great couples game. The game is cooperative, but plods on even if we technically fail at the mission. The multi-generational haunted house horror story means we all get a fairly fresh start at each sitting which makes the game casual enough to not require a major mental investment but crunchy enough to create some tactical tension. 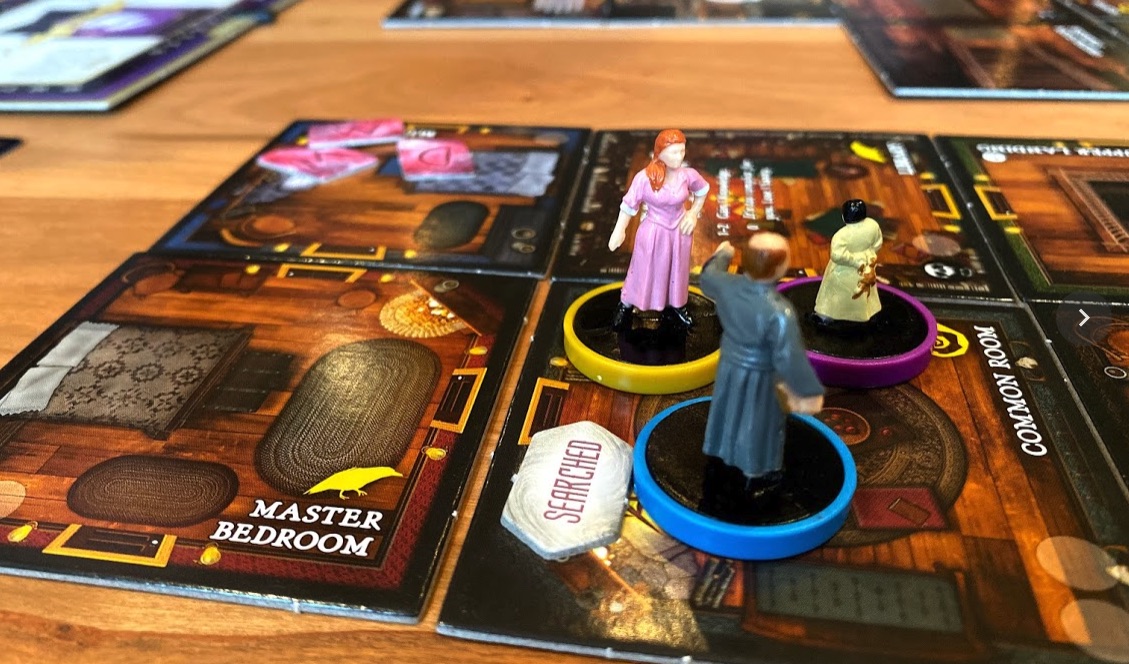 Bargain Quest was something I had back ordered from the publisher after it got a good review on Shut up and Sit Down. I got to play after 12 months of waiting for the second priting. It’s fun and approachable, teachable in a first sitting.

Fury of Dracula was another first-time play this year. A hidden movement game where all but one player take on the role of vampire hunters deducing the path of Dracula across a map of Europe, we appropriately played this game around Haloween. Our opponnent, the game’s owner who expertly painted the minis in the set, was well versed in this game and defeated us in combat after we successfully deduced his location. I very much enjoyed the cat-and-mouse deduction but wasn’t as interested in the asymmetric combat vs a buffed Vampire. I am keen to try Letters from Whitechapel, which is highly influenced by this game. 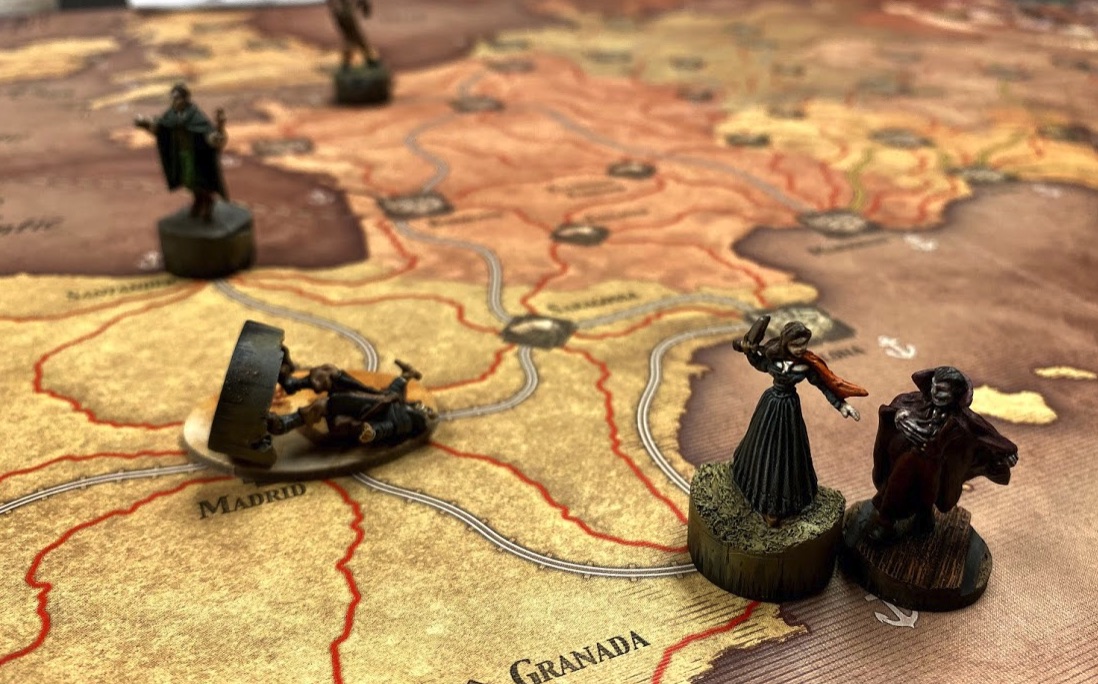