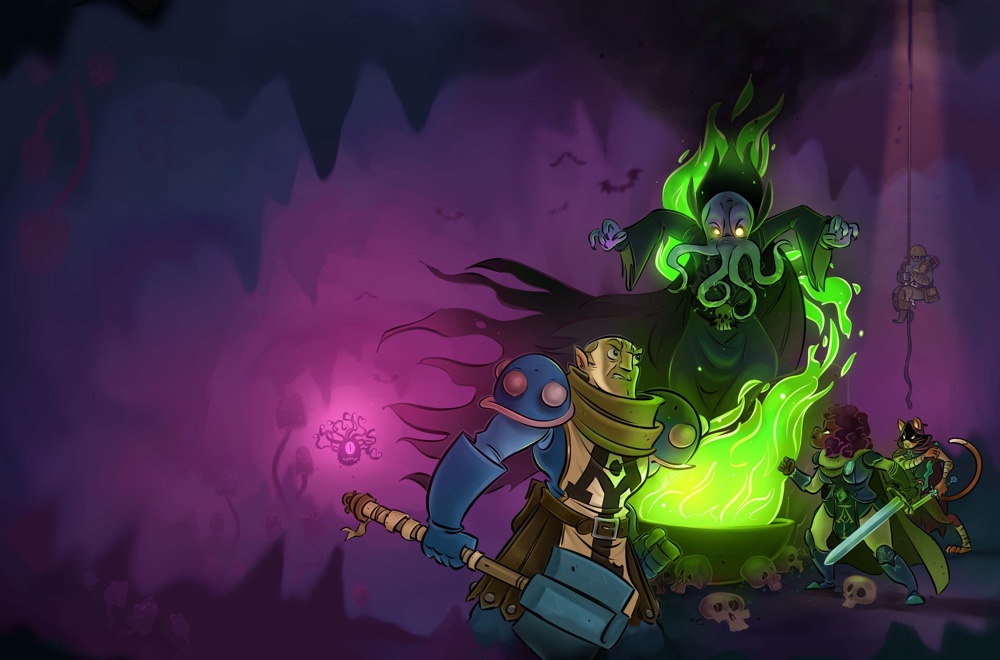 We are five years into the run of 5th edition D&D, easily the most successful version of the game in decades. This June’s Acquisitions Incorporated book (AI) had a rare gem hidden in its pages: an excellent first-level dungeon perfect for introducing new players to the hobby.

Spoiler Warning: This review will have major spoilers for the first chapter of “The Orrery of the Wanderer”, the included module in Acquisitions Incorporated

Dungeon Masters starting new campaigns from published adventure modules have a number of challenges to overcome, but few are as immediate as how to fix the often underwhelming starts to many of the most popular D&D modules. Yet, with all its popularity, D&D has a surprising shortage of good intro dungeons.

The dungeon in “The Orrery of the Wanderer” Chapter 1, also titled “Right Place, Wrong Heroes” is bookended with fan service to Acquisitions Incorporated, a podcast and live show from the makers of Penny Arcade. Strip that away and what you have is a 10 room linear dungeon that progressively teaches important mechanics of D&D. This month I started a home “Descent into Avernus (DIA) game, so I was able to reskin AI’s first chapter to suit my needs.

Room 1, a fight against giant rats amid rubble teaches how combat initiative works and movement across difficult terrain 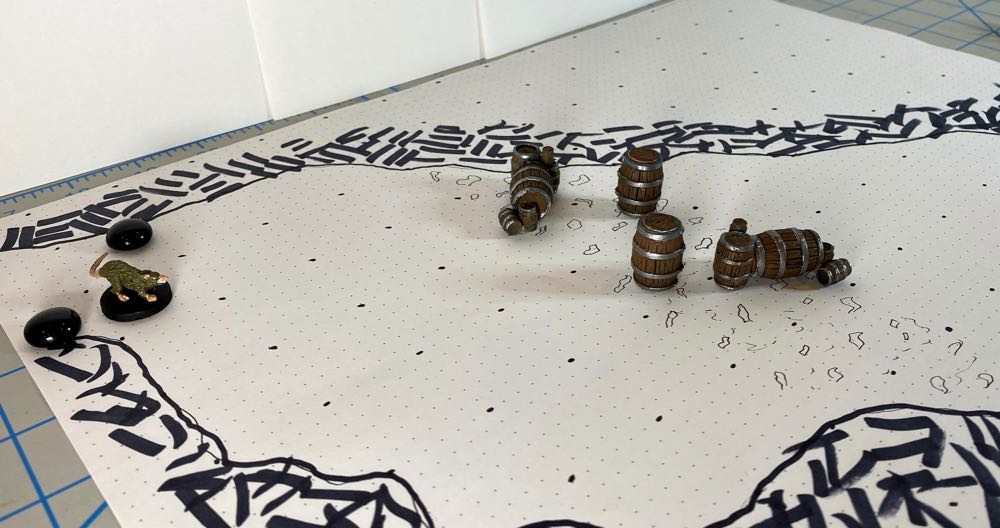 Room 1 also teaches players that the DM doesn't always have minis for mobs of every monster type in the game. Glass beads will do.

Room 2 teaches the players how to make saving throws and to look at their surroundings to solve puzzles.

Room 3 has the players deal with spotting and then disabling or avoiding traps as well as getting past a locked door. This room has a trick enchantment that challenges the players not to use out of game knowledge when guiding the actions of their characters.

Room 4 introduces the players to the theater of the mind and the idea that there will not always be a map for rooms, especially when the DM is improvising.

Room 5 introduces hiding enemies. I added a weaker version of a Phase Spider to teach the players how readied actions work to hit a creature that pops in and out of the Ethereal jaunt.

Room 5 spiders are creepy. One spider was never going to be enough.

Room 6 has a non-hostile NPC, teaching the players that they don’t need to kill everything in the dungeon. It also has a monster with reach, helping the players know the monsters have special powers they might not get. 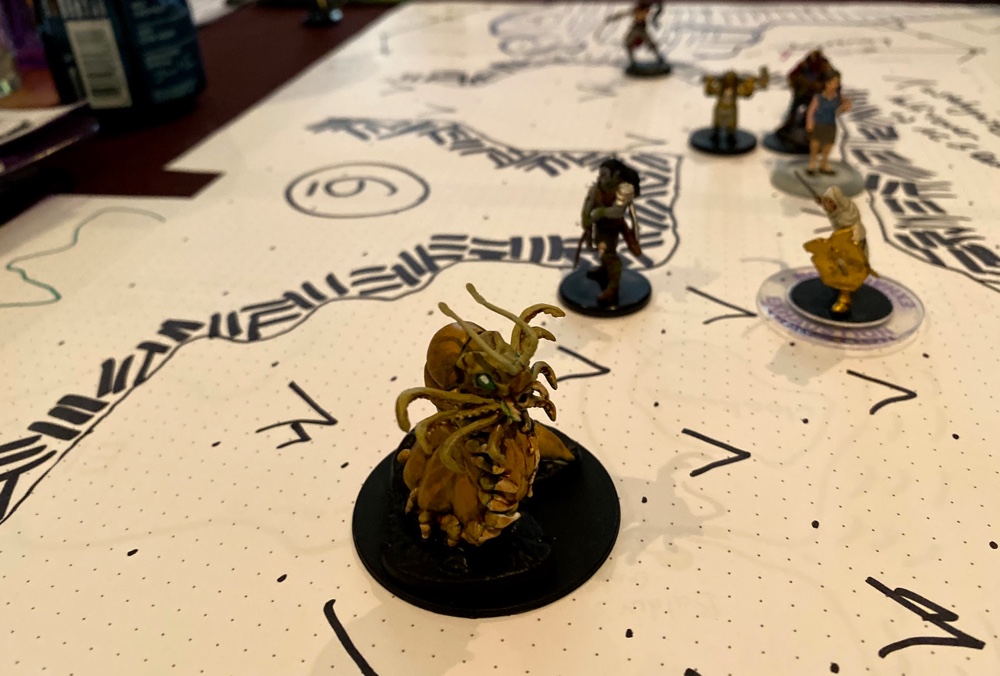 Room 8 has a monster surprise the players, teaching them how the surprise status works. With only one enemy. I used the opportunity to teach the players how 3D height works in my game and got the bonus teachable moment when the monster rolled well on damage and one-shotted the party rogue, teaching death saves. 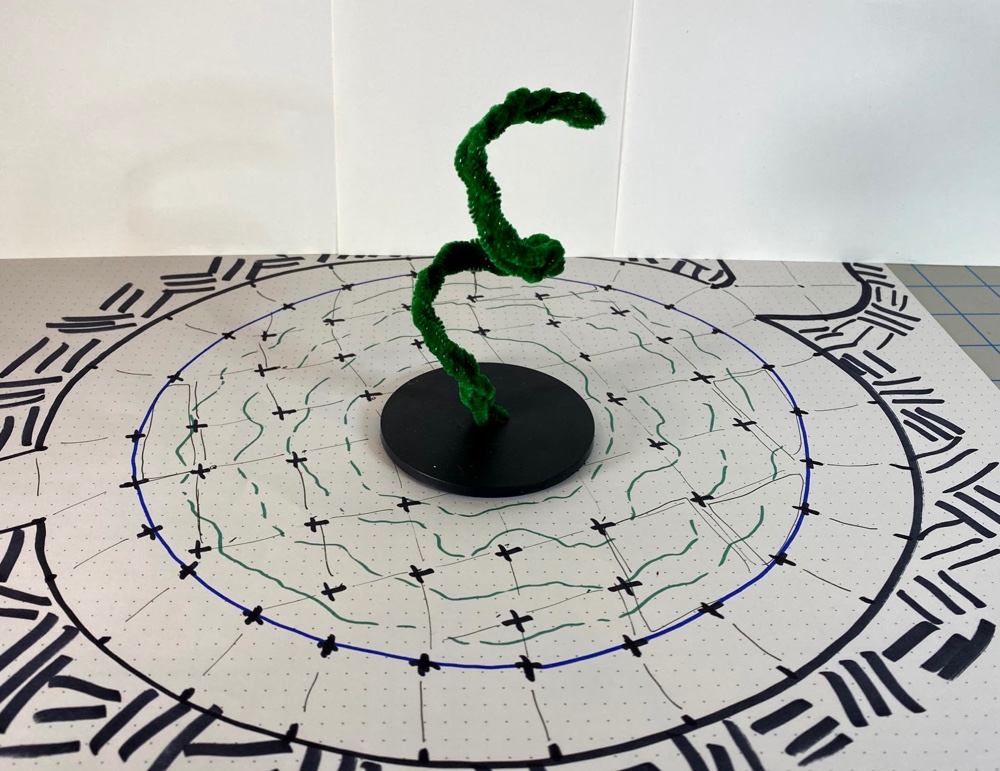 Room 9 has the party face off against two dark mantles which have area-of-effect darkness spells requiring concentration to maintain. It’s a great way to teach the effect of not being able to see your enemy as well as how damage can cause concentrating characters to drop their spell effects. I replaced the baby dragon with an NPC from the module I’m running carrying a clue that would have been obtained elsewhere in DIA.

The final room of the dungeon has the McGuffin. Effectively the plot hook for whatever the first scene of DIA would have told the PCs. My players cleared the whole dungeon in about 5 hours.

I was quite impressed by the dungeon. It has some good laughs, puzzles, and fun monsters. It could be criticized as being linear, but as a teaching dungeon, I think this is a plus. The rest of the AI book might be more of a read than a play unless you have a table full of Penny Arcade podcast super-fans, but honestly compared to the stock intro fight in DIA it was better balanced, more engaging, and skinnable to convey more plot points and leads than the heavy-handed DIA intro.